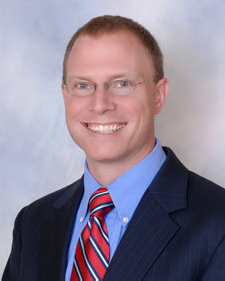 Following his admission to the bar in 2006, Mr. Noonan worked for a general practice firm in Westfield, New Jersey as well as a busy insurance defense practice.During law school, Mr. Noonan clerked for the New Jersey Attorney General’s Office, Major Narcotics Division, where he assisted in the investigation and prosecution of narcotics cases under the direction of the Hon. Pedro Jimenez, J.S.C. (then Deputy Attorney General Pedro Jimenez).Mr. Noonan is President of the Scotch Plains, New Jersey Library Board of Trustees and a member of the Union County Bar Association. He serves on the Board of Trustees of The Cornerstone School of Summit and volunteers as a soccer coach in Scotch Plains.

Mr. Noonan concentrates his practice in the defense of automobile insureds and in litigating insurance coverage disputes. He also prosecutes PIP reimbursement claims under the Dram Shop Act and handles uninsured/underinsured motorist claims. Mr. Noonan is experienced in all aspects of litigation and has conducted hundreds of depositions and examinations under oath and has tried several jury trials to verdict.